expatsHaarlemmermeer > News > The Dutch and their bicycles The Dutch and their bicycles

There are more bicycles in the Netherlands than people

Why? Because most of the people here have more than one bike each. The bicycle is a very popular way of transport because of all the bicycle lanes. There are 32.000 kilometers of bicycle lanes in the Netherlands. Besides that, the Netherlands is a mainly flat country. The combination of flatness and bicycle lanes made cycling very popular in this country. There is only one element to take into account when you cycle and that is the wind. Because of the flatness of the country, the majority of the time it is very windy and sometimes even stormy. Luckily with the rise and popularity of the e-bike that challenge has disappeared for some.

There was a time about 250 years ago that a bicycle did not dominate the Dutch streets. The bicycle wasn’t even invented in the Netherlands. In my research, I found that the bicycle was invented in France in 1771 by a gentleman called Mede de Sivrac, but also Germans and English claim the invention, so this is something that we can’t say with certainty.

Mede de Sivrac invented the célérifère, a wooden balance bicycle. In 1817 Dennis Johnson introduced a newer bicycle, still a balance bicycle, with a steering mechanism. Because of this mechanism the bicycle was more

practical than the first one. Another 25 years later there was a Scottish blacksmith named Macmillan that invented the pedals. These had as a function to move the bicycle forward, but not peddling as we know it today. A funny detail is that Macmillan was the first person in history that got a fine for dangerous driving with his bicycle. Some years later, a new design was

In 1868 it finally became available on the market a suitable bicycle as we know it today. Since this bicycle existed, a lot of improvements for more comfort and safety were made. In 1869, the blacksmith Henricus Burgers from Deventer sets up the first Dutch bicycle factory, and makes Burgers the oldest bicycle brand in the Netherlands. who was also the founder of the first bicycle factory in the Netherlands. The Dutch and their bicycles real fame came in the roaring 20s and 30s. At this time every household had at least one bicycle. When princess Juliana and her fiancée prince Bernhard were engaged in 1936, they appeared on a tandem in public. The popularity of the bicycle increased even more because of this action.

In the 1950s the car was making an introduction in the Netherlands as a new way of transport. Although the bicycle never vanished out of side in the Netherlands, in a short period of time the car was even more popular than the bicycle. With the rise of the car and with still the bicycle on the road as well, a lot of deadly accidents started taking place. That’s why the Dutch government decided to take a drastic action and build bicycle lanes throughout the country. This resulted in a significant fall of the numbers of traffic accidents in the country.

Besides transportation, the bicycle lanes were also used in a way of relaxation by the Dutch. It was in the 70s that the bicycle became in fashion again, since cycling doesn’t harm the environment, is a cheap way of transport and it is a good exercise. The Netherlands without bicycles is now unthinkable and it is a big part of the Dutch culture. 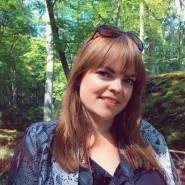 I am Astrid Tweehuijsen.I am living with my husband and our two children in the Haarlemmermeer. I was born in the Netherlands and have spent three years in the UK as an expat. Last year we moved back to the Netherlands and since that time I am re-exploring my country. From December 1, face masks compulsory in all indoor public places in the Netherlands