8 firework-free zones in the Haarlemmermeer region There are eight locations in Haarlemmermeer region where residents are not allowed to discharge fireworks.

This concerns the children’s farms of Hoofddorp, Nieuw-Vennep and Badhoevedorp, De Badhoeve Care Home, the Arnolduspark apartment complex in Hoofddorp and the surroundings of De Octopus, Tabitha, De Wilgen, Het Kompas and Voorthuijsenschool schools in Hoofddorp.

Five requests for a firework-free zone have been rejected. Three people wanted a general fireworks ban throughout the municipality. The Bornholm district council wanted a ban because carbide was discharged two years ago. The request to ban fireworks around the mill on the Lagedijk in Spaarndam also failed. According to residents, there is a possibility that a rocket firework could hit the mill.

According to the municipality, the closest houses are 85 meters away. The fire department believes that it is a safe zone. “There are several similar vulnerable objects in Haarlemmermeer (thatched roofs, monuments). We only ask that people be careful with fireworks during this time so as not to damage the priceless monuments in the area”, the Haarlemmermeer municipality said. 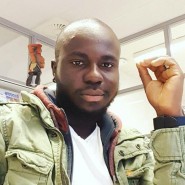 Chuka is a freelance writer, SEO specialist and digital marketer based in Amsterdam. He is the founder of Beejonson Web Content Writers and provides digital marketing services to companies in the Netherlands and other parts of the world. Feel free to comment on his articles, check out his personal website and also mention him on Twitter. For tips and questions, please feel free to send him an email. Shop in the city centre of Hoofddorp target of a burglary